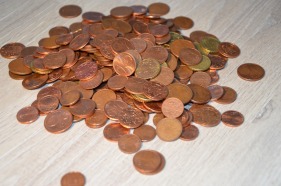 Being a published author isn’t always as easy or profitable as popular culture would have you believe, especially if you’re independently published!  Believe it or not, despite having six separate paperback publications under her belt, Author LM Smith still works a perfectly ordinary full-time job just like anyone else.  What printers and publishers alike don’t want publicized is the fact that most authors receive pennies on the dollar when it comes to royalties for their book sales.  As an independent author the best royalties come from e-books where the author can potentially receive as much as 70% which is just over $1 for a fairly priced e-book.  Despite the fact that paperback books cost a great deal more for you, the buyer, to purchase, authors often receive far less per sale than from an e-book!  That’s because the royalty rate for paperback books is roughly between 3%-7% if the author is lucky!

Why independently publish, you ask?  Because the royalty margin is often even lower for the average traditionally published author but, if they’re lucky enough to receive national or global recognition, they end up selling enough books that it no longer matters.  For most published authors, however, this is not the case – regardless of whether they’re independently or traditionally published.  Unfortunately we just don’t all get to be JK Rowlings and Stephanie Meyers’.

Despite her books touting over 150,000 downloads in over 7 countries worldwide, the most that author LM Smith has ever made in royalties from the sale of her books in a single month was approximately $30 and that was an uncommon treat.  Her average monthly income from book sales is closer to $3-$4.  You might be wondering how that’s even possible, right?  Because the majority of those downloads took place when LM was running free promotions for her books on Amazon.  You may have even been lucky enough to discover her during one of those promotions!  LM does those free promotions because she just wants people to read her books and she knows she’s probably never going to become super wealthy or even make a living off them.  That said, if you’ve read and appreciated LM’s books and would like to show your support, please click the donate button below to complete an absolutely secure transaction through internationally trusted PayPal.  Don’t worry, you get to choose whatever amount you’d like so it can just be some spare change or the cost of a book!  It’s entirely up to you and every donation is appreciated!